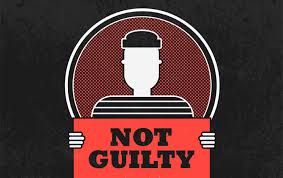 Each year, China’s provincial-level high courts and Supreme People’s Court release work reports for their respective jurisdictions. While the statistics provided in these reports are limited and are not presented uniformly enough to allow full comparisons across regions, they do offer a welcome glimpse at the functioning of China’s courts and criminal justice system.

Last week, for example, Caixin used some of the data in these reports to publish an article showing the astonishingly low trial acquittal rates of 11 jurisdictions for 2015, all well below 1%.  That article rightly generated a lot of interest, but acquittal rates at court (showing the % of not-guilty verdicts) are only a very small piece of understanding the criminal justice environment in China, and much more context is needed to understand what they mean. At the same time, despite their limitations, the reports contain a lot of valuable data, and it is worthwhile to dig a little deeper into the information and see what else might be learned.

In considering the acquittal rates, there are a few additional points to keep in mind:

Court acquittal rates will only address criminal activity because violations do not receive a court trial.  If the concern over low acquittal rates is about unjust punishment, it is necessary to also consider this potentially larger group.  It is also important to remember the distinction between crime and violations when comparing China’s conviction rate to that of foreign jurisdictions that do not draw a similar line as different degrees of offense might have quite different acquittal rates.

The data Caixin pulled from the annual court reports includes both acquittals in criminal prosecutions pursued by the state, and also for these private prosecutions launched by crime victims. A quick look at some of the reports from both the courts and the procuratorates from the cited regions shows that private prosecutions comprise the majority of acquittals. When the State prosecutes a criminal offense, the acquittal rate is even lower than Caixin reported.

Pretrial dispositions are likely more significant, as the prosecution is intended to carefully review cases, request supplementary evidence and only indict the most clear to the court. The court reports offer little insight into pretrial practice before their involvement, but the procruatorates at the same levels also issue reports, giving  further insight. Consider for example the rate at which some jurisdictions’ procuratorates issued a decision to not-prosecute:

The ‘total’ used for percentages in the chart above is the sum of known individual dispositions, ( the sum of the number of individuals indicted and the number of those known to have received NP decisions). Unfortunately, this doesn’t tell us what percentage of the actual total number of requests for a prosecution from the police were rejected. Moreover, the data on non-prosecutions is presented in such a way that many decisions to not prosecute might not be counted. For example, the 951 non-prosecution decisions in Fujian, only represent cases in which there was a reconciliation settlement between the victim and offender, so does not necessarily include all cases where the prosecution chose not to prosecute because the evidence was insufficient.

Qinghai, like Fujian, only gives data for a subset of non-prosecution decisions – those where the threat to society was minimal and the prosecution found that punishment could be lawfully waived. This may again leave out data on how many were excluded for insufficient evidence. Qinghua’s procuratorate, however, does provide more detailed information on the number of applications for prosecution from the police, showing that the number that did not lead to prosecution is higher.

From these numbers you can see that in addition to the 5.7% of applications for which we know the prosecution actively issued a non-prosecution decision, there is an additional 23.4% of suspects that were also not prosecuted. Some of these may be cases that are still being reviewed at the close of the year, or for which further investigation has been requested, but it’s likely that the bulk of them are prosecutions that will not move forward either by an active decision to not prosecute or because they were withdrawn by the police.

The reports of both the courts and procuratorates are rich with other information relevant to what criminal suspects or defendants can expect from the Chinese criminal justice system. There is data available on the number of cases in which the procuratorate did not approve formal arrest and allowed for less restrictive pretrial treatment (Qinghai rejected 14.5%), and for how many cases the proactively reviewed and rejected pre-trial detention as unnescessary. There is data on the use of the new juvenile diversion procedure called conditional non-prosecution and on how often the procuratorate intervened to in public security case handling, even to insist a case be filed or dismissed.

Ultimately, however, the reports provide a valuable but limited glimpse of the state of the courts and the procuratorates. They are, after all, work reports and not detailed statistical breakdowns. While those with the time and resources to dig through them should, the lack of standardization in the data is frustrating. China’s courts have been putting an increasingly large amount of information online, and one hopes that this trend will continue to allow a more complete and accurate picture.