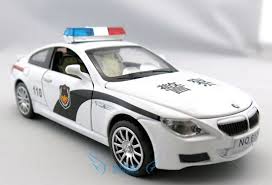 The "Framework Opinion on Several Major Issues in Comprehensively Deepening Public Security Reform" and its respective reform plan, have already been reviewed and passed by the central authorities, and will be released and put into practice. The official Weibo account of the People's Daily has summarized 15 prominent highlights and 7 major tasks.
The fifteen highlights include:

No. 2: In close collaboration with relevant departments, completing efficient and seamless work mechanisms such as for recovering unlawful gains from overseas, repatriation and extradition.

No. 4: Reforming the model of border inspections between Hong Kong, Macao and the interior, raising the efficiency of clearance. Giving county-level public security organs authority to receive and approve entry and exit permits. Completing and improving a standardized, flexible and pragmatic system for foreigners' permanent residency.

No. 5: Revising the drivers' test, promoting systems for drivers to make their own testing appointments, take the test in other regions, and so forth. Deepen reform of motor vehicle inspections, comprehensively implementing inspections of non-local vehicles within a province and gradually implementing vehicle inspections across provinces. Establishing systems across provinces for handling non-local traffic violations and payment of fines.

No 11. Exploring the establishment of a principle investigator system, putting into place a system of lifetime responsibility for case quality, and so on.

No 13. Fully implementing the principle of people's police benefits being "high for the locality but slightly lower than soldiers", establishing a safeguard system for police's salary and benefits that conforms with the special characteristics of the profession.

No 14. Improving the system of people's police pensions, establishing and completing systems of insurance for accidental physical harm and other professional risks. Lawfully protecting the authority of people's police in enforcing the law.

Published in Legal News and Uncategorized