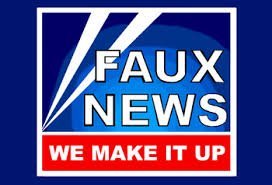 A recent article in the Legal Daily summarized a number of investigations and administrative penalties by the State administration of press and publication, radio and television (SAPPRT). The listed violations involve a wide range of subject matters, but all focus on the media’s responsibility to investigate before reposting or drafting stories. While clearly intended as a warning to other news groups, it also provides some insight into what situations will bring on an investigation, and what the corresponding penalties might be.

Note that there is no mention of any need to demonstrate harm beyond the spread of false information and seemingly no request that a correction be issued as part of the penalties. Also interesting is that all of the news items in question are still easily found online, despite Chinese internet regulators’ recognized excellence at purging undesirable information. This calls into question whether the concern is really the harm of misleading the public or something else.

[UPDATE]: Former reporter Wang Xing has written a personal reply to the inclusion of his case in this group (or in light of the nature of this story, I should say that a letter has appeared claiming to be his personal response). He concedes that he failed to adequately verify the story, but denies that he created a fake news story, saying he mistakenly placed undue faith in a source. He further contests that he lost his job over the incident, saying that he quit for unrelated reasons shortly after. http://blog.bullog.org/2015/10/wangling.html

Some of the stories above are amusing and some of the punishments relatively minor, but there is no question that the working environment for reporters in China has become more restrictive. New rules for stories shared on public microblog accounts, for correcting online news sources, and aggressively criminalizing the spreading of false information and defamation are only a few examples.

Most recently, the arrest and subsequent televised confession of Caijing’s Wang Xiaolu, has shown that even those at the most established institutions are not beyond the reach of penalties. While his case is still being investigated, it is likely he will be charged under article 181 of the Criminal Law, prohibiting the intentional fabrication and dissemination of stories that negatively impact the stock market.

The real issue is the extent to which journalists are reasonably able to rely on their own investigations and sources in sharing information with the public, without fear of reprisals. There is room for discussion in any society about the extent to which the outright fabrication of stories should be addressed by professional penalties, administrative regulations, or even criminal punishment where it amounts to defamation or calls to other imminent lawlessness. Here however, we see organizations fined and careers ended for relying on sources that ultimately proved incorrect- sometimes those sources were other news organizations, such as where a story was reposted from another news portal. This goes far beyond considering whether a reporter intentionally, or even knowingly, passed along a fake story, and begins to hold reporters responsible for the ultimate ‘truth’ of their statements.

Many of the examples released do discuss the failure of the reporters to make any inquiry at all into the veracity of online materials. In many cases, however the reasonableness of reliance on a source is much less clear, and the emphasis in releasing sample cases should be on developing such a standard rather than on the punishments.