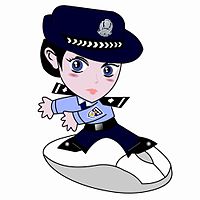 Chongqing's Huang Chengcheng was given two years of reeducation through labor (RTL) for posting inappropriate remarks online, then, because of "improper handling", the RTL was revoked. The Chongqing court in Bishan county issued an administrative compensation decision, according to which Huang Cheng Cheng receives 116,000 yuan State compensation for restriction of restriction of personal freedom and 18,000 yuan for emotional damages, for a total of over 134000 yuan. Huang Chengcheng expressed dissatisfaction with this figure.

Huang Chengcheng demanded 680,000 yuan as compensation for mental damages, but did not receive support. He expressed that he was taken from his workplace for reeducation through level and that this has had a major impact on his work and social circles. At the same time, during trial Huan Chengcheng demanded that the Chongqing RTL committee make a public apology via mass media, but the Chongqing RTL Committee proposed making an in-court apology, and this was supported by the court.

But Huang Chengcheng and his sister recall that on the day that court was in session, the Chongqing RTL Committee didn't offer an apology, and that rather it was only a police oficer from the Bishan County Public Security Department that apologized to Huang Chengcheng in the city of Chongqing's name.

In the nearly two years that Huang Chengcheng was in reeducation through labor, his sister, Huang Haiyan, pushed forward on his behalf to protect his rights , but it only saw light after last year's Fang Hong case exploded, including a series of RTL cases involved in that case. Last December, the Chongqing RTL Committee revoked the decision to detain him, and, like the majority of those whose detention decisions were revoked, the grounds stated was "improper handling".

Huang Chengcheng said he will consult his lawyer before deciding whether to appeal.