May 1, 2013 China’s new Mental Health Law takes effect today, requiring new procedures for the civil commitment of China’s mentally ill and increased access to mental health care. At the same time, the news has been filled with stories of China’s other recent legislative change impacting the mentally ill, the revised Criminal Procedure Law. The new CPL which took effect on January 1, 2013, requires that a court be involved before any person found to not bear criminal responsibility by reason of insanity is given compulsory treatment. The mentally ill person must be found to present an ongoing danger to society that seriously endangers persons safety before compulsory treatment in a public security operated mental facility may be imposed. 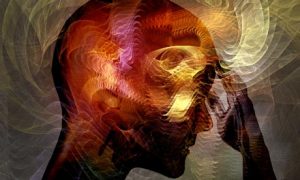 1. The nation’s first case of a court rejecting an application for compulsory medical treatment was reported by the legal daily on April 27. {Link Here} The Changsha, Furong district case involved a Mr. Huang who attacked women making cash withdrawals and ran off with their money. He was apprehended back in January while attempting to repeat the crime a third time in the same location within in just over a week. Legal daily summarizes:

According to explanations by the principal judge in this case, deputy chief judge for the criminal division XIAO ZhenYing, Mr. Huang was found through statutory procedures to be a mentally ill person not bearing criminal responsibility. It can be seen from his repeated robberies that we cannot exclude the possibility of his continuing to endanger society. But, the level of violence involved when committing the robberies was slight and he did not cause any injuries so that it hasn't reached the level of "seriously endangering citizens' physical safety," and doesn't meet the requirements for compulsory treatment. Therefore, it was decided to reject the application.

It is not clear from the report whether the process for evaluating Mr. Huang’s mental health began with the public security organs during investigation, the people’s procuratorate during their review or with the court at trial. It is also unclear where Mr. Huang has been since being taken into custody in January. The public security forces are permitted to take temporary protective measures while awaiting a court decision on compulsory treatment, and, in their own rules for implementing the new CPL, the public security organs grant themselves the power to have the patient treated. {link Article 333} .

Finally, while the court’s careful consideration of the new CPL’s requirements is wonderful to see, the current disposition of Mr. Huang shows how many questions the new CPL has left unanswered. He has been found to not bear criminal responsibility making criminal punishment inappropriate, but is also not so dangerous as to mandate compulsory treatment. Where then does Mr. Huang go? Home most likely. The Supreme People’s Court’s Interpretation of the CPL , Article 533(2) provides that where : 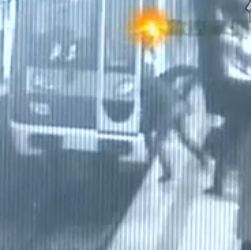 2. Beijing’s first case of a person being sent to compulsory treatment was reported on April 2. The defendant Mr. Song had pushed a Mr. Li in front of a subway train while both were waiting at the station.

Prosecutors from Haidian explained that last on November 30 of last year, at 4:20, the mentally ill Mr. Song pushed Mr. Li off the platform as he was waiting for the train at the Gulou street subway station on Line 2. Mr. Li was struck by a train rolling into the station, causing several fractures, hemopneumothorax, a rupture in his lower right lung, and injuries to his head. On January 6 of this year, Mr. Song was evaluated as not bearing criminal responsibility in accordance with law and after being released had temporary protective restraint measures employed against him. After police withdrew the case, they submitted an opinion to the Haidian procuratorate for compulsory treatment on January 11.

The procuratorate applied to the court for compulsory treatment on the basis of the new Criminal Procedure Law that took effect on January 1st, Mr. Song's conduct amounting to intentional homicide and seriously endangering citizen's physical safety and his having a possibility of continuing to endanger society,

The case was not publicly tried

During the trial, Mr. Song's legally-designated representative indicated that his family were capable of providing treatment and supervision for him and guaranteeing that he would not further endanger society, and that they requested the court reject the application.

The court found that Mr. Song was diagnosed as a schizophrenic in 2007 and that although he had gone through much therapy, he had not shown any obvious signs of improvement, and that he had repeatedly cursed and struck others without any cause, that on the day of the incident he had pushed someone from the subway platform without the slightest warning and that this behavior seriously endanger the safety of others and public safety, and evidence a bonafide threat to society.

Today, the Haidian court issued a decision to give Mr. Song compulsory treatment.

It is understood that only this March, Haidian District Court has already completed 3 cases of compulsory medical treatment and that is the first. When handling this type of case, the courts proceed from the perspective of protective the privacy of the subject of the application, and have closed trials for all cases of this type.

3. Wenzhou also reported its first case of a defendant being sent for compulsory treatment.

Mr. Wang killed the wife with whom he had spent his days for the last 40 years and was evaluated as having been suffering from schizophrenia at the time of the crime, and determined to lack the capacity to bear criminal responsibility. Dongtou County Court recently issued a decision to give Wang compulsory medical treatment, in accordance with an application from the procuratorate. This is Wenzhou's first case of a mentally ill person lacking capacity being given compulsory medical treatment since the new CPL took effect on January 1st.

Mr. Wang, 64 years-old is a resident of Dongtou. He has many years history of mental illness, frequently cursing his family and ranting delusionally, calling relatives devils, frogs or other names.

This year, at the latter part of February, Mr. Wangs condition became increasing worse, and he frequently struck his wife Ms. Cai. In has been learned that on the evening of February 18 of this year, Mr. Wang attacked and killed his wife while believing her to be the devil.

After the act, the police employed temporary restraining measures. Prosecutors believe that during the period of Mr. Wang's treatment he may pose a continued danger to society and made an application to the court to have Wang given compulsory medical treatment.

Given the violence of Mr. Wang’s actions and his apparent lack of self-control,the court approved compulsory treatment. The central government will pay the costs of Mr. Wang’s treatment.

Under the CPL, Mr. Wang shall be released if compulsory treatment is no longer required, and he and his family have the right to request his release and while the court can apparently reject a first request, if another is made 6 months later they must accept it. SPC interpretation Article 540.