According to Legal Daily, 3,898 pedestrians have been killed by motor vehicles in China while crossing at a crosswalk over the last 3 years, with a total of 140,000 car-pedestrian crosswalk accidents reported during that period. 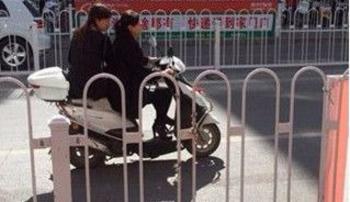 Article 47 of China’s Traffic Safety Law requires motor vehicles to slow down at cross-walks and stop when there are pedestrians in them, but this is almost never observed. Compliance and awareness are so low that were one to follow the law, the unexpected stop would likely result in being rear-ended.

Pedestrians in china have been criticized for not crossing streets at cross-walks, and many cities attempt to physically block them from crossing elsewhere by erecting metal barricades on streets. The pedestrians still find ways to cross where they please, and the new numbers suggest that crosswalks might not be much safer anyway.

The numbers were released following wide circulation of video showing a horrific accident in which a pedestrian was stuck while standing near a crosswalk and lay in the road unaided as many passed by. The footage sparked a national debate about ethics and morality, with less attention on road safety.