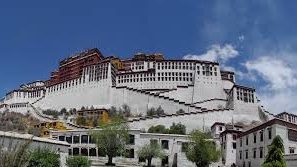 Underworld forces are a malignant cancer of healthy economic and social development, they are chronic disease that is loathed by the people, and must be resolutely combated in accordance with law. Based on the spirit of the "Notice on Carrying out a Special Crackdown on Clearing Away Organized Crime and Eliminating Vice" issued to the entire nation January 11, 2018 by the CPC Central Committee and State Council, so as thoroughly advance the special crackdown on clearing away organized crime and eliminating vice, to ensure that the people live and work in peace and happiness, to ensure social harmony and stability, and to bring about long-term national stability, the broad masses of the people are asked to enthusiastically report leads on cases of violations or crimes by underworld forces. Notice on matters related to reporting is hereby given as follows;

(1) Underworld forces that threaten political security, especially regime security and institutional security, as well as those penetrating into the political sphere.

(2) Underworld forces interconnected with the Dalai clique, accepting remote control or command, or participating in separatist and disruptive activities.

(3) Underworld forces with temples as patrons; using religion to control, to confuse, to incite, or coerce the masses to resist the Party and government; or interfering in basic-level administrative, judicial, educational or other affairs.

(4) Underworld forces with close relations and interconnections to all kinds of illegal organization, instilling the masses with reactionary ideology and narrow ethnocentric ideas such as the 'Middle Way' and 'protecting the "mother tongue".

(5) Underworld forces holding themselves out as so-called 'spokespersons' for the masses, under banners such as economics, the people's livelihood, environmental protection, folk customs and culture, that are in fact the 'spokespersons' of the Dalai clique and hostile foreign [non-mainland] forces.

(7) Underworld forces such as black village officials with a grip on basic-level political power, monopolies on local economic resources, and misappropriating collective property.

(9) Underworld forces such as 'village tyrants, that exploit religion or family forces to cross the countryside, play the tyrants, or bully and suppress the common people.

(10) Underworld forces that exploit religion or family forces to illegally meddle and intervene in conflicts and dispute among the people such as over boundaries, pastures, caterpillar fungus, and debts, to act as 'underground law enforcement teams' meddling and intervening in the basic-level administration and judiciary.

(11) Underworld forces stirring up trouble in land acquisition, leases, demolitions, engineering projects, and the like, so as to obtain unlawful benefits.

(12) Underworld forces such as all types of 'Sand Boss', 'Car Boss' , or 'Road Boss' that interfere with engineering and construction in industries or fields such as architectural engineering, transport, and mining, by strong arm projects, maliciously bid, illegally occupy land, excessively mine, seize resources, monopolize or compel sales, block roads to take tolls, or compelling hire of equipment and personnel.

(15) Underworld forces using any kind of method of high interest lending such as "routine loans" or "campus loans' or using violence to collect debts.

(18) Underworld forces through connect online through means such as establishing Wechat groups, online forums, or other means, and that carry out illegal or criminal activities offline.

(19) Underworld forces that engage in unlawful or criminal activities such as illegal fundraising and operations, grabbing and holding economic interests, seriously harming the order fair competition and the environment of economic development.

(20) Personnel of State organs exploiting their position to facilitate, harbor,or abet, crimes by underworld forces, serving as their 'protective umbrella'

(22) Other leads as to crimes involving organized crime and vice.

Reports may also be made directly to municipal or regional public security bureaus, of criminal forensics squads.

Clearing away organized crime and eliminating vice is a people's war, and must rely on the public's active participation. The masses' are welcome to actively report and uncover leads on violations and crimes involving underworld forces, and to resolutely struggle against underworld forces' illegal conduct. The public security organs are to lawfully protect the personal information and security of groups that provide leads. The legal responsibility of reporters will be pursued in accordance with law where reporting is malicious or framing others. Where the subjects of reports carry out revenge, they are to be given severe and heavy punishments in accordance with law.