Legal Daily Online, Beijing Feb. 27; Reporter Jiang Hao. The Supreme People's Procuratorate said today, the nation's procuratorates have always placed combating crimes that affect the people's livelihood in a prominent position, and, considering the example of crimes endangering food and drug safety and crimes damaging environmental resources, in 2013, arrest was approved in 9,277 cases (13,495 people) for these types of offenses, respective increases of 23% and 12%.

From March to December 2013, the SPP launched a special supervisory action on case filing in crimes that affect the public livelihood, in total overseeing the transfer 4,290 cases (involving 5,409 people) of crimes endangering the people's livelihood from the administrative law enforcement organs, and overseeing the transfer of 3,148 cases (involving 3,984 people) opened by the public security organ to the procuratorate's corruption and bribery or abuse of office and rights violations departments, with leads on 132 cases (156 people) of abuse of office. Food and drug safety crimes and environmental resource crimes were the two most commonly seen categories of crimes, standing at about half the total number of crimes. 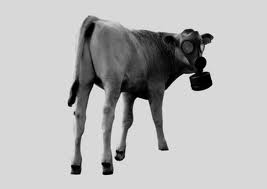 The deputy director of the Supreme People's Procuratorate's Division for the Prevention of Crimes of Abuse of Office, Chen Zhengyun, said that corruption in the food safety area primarily involves the crimes of neglecting duties, abusing the authority of office, and violations for personal gain. We need to integrate the specific practices for prevention of crimes abusing public power in the food safety area, making supervisory personnel aware of the harm that food safety crimes cause to the nation and people as well as individuals, and establishing an understanding of a ethical bottom line that cannot be crossed and legal lines that cannot not be execeeded.

This year the special supervisory action on strict inviestigation of food safety and environment cimes, is under the Supreme Procuratorate's "umbrella" for protecting the people's livelihood. ===by reporter Jiang Hao

" Several days of haze has cleared and we finally welcome our long lost friend the blue sky. It's nice to have this kind of weather for our press conference." said SPP spokesperson, Zhang Bencai, on February 27 in his opening remarks at the Supreme People's Procuratorate's press conference on the 2013 national procuratorate organs special supervisory action on crimes endangering the people's livelihood; bringing on calls of support from those in attendance.

Zhang Bencai said that crimes endangering the people's livelihood, especially crimes destroying environmental resources and crimes in the food and drug safety area, seriously harm the public's security in their life and property, influence social harmony and stability , and that the people give strong feedback in this area.

"Legal Daily" reporters learned that the issue of some administrative law enforcement organs not opening cases or not transferring cases to the procuratorate, so that administrative punishments are used instead of criminal penalties, has become quite prominent today, with the areas of food and drug safety and environment resource crimes being representative. To resolve this issue, the SPP launched a nine month special supervisory action on case filing in 2013, holding up 432 major cases on people's livelihood, of which the majority involved food and drug safety or environmental resources crimes, to maximize the deterrent effect. The launch of the special action had a definite degree of impact in containing some areas occurrences of crimes affecting the people's livelihoods.

"Case filing supervision is an important and routine part of procuratorates work in conducting supervision of litigation, but a special supervisory action is a concentration of oversight directed primarily at a short period of time where there is a serious situation like a certain type of crime occurring frequently or a certain type of case is having an issue such as not being strictly enforced." Wan Chun, the head of the Supreme People's Procuratorate Supervision Division, said that procuratorate organs have the right to submit procuratorate opinions on cases transferred by administrative administrative law enforcement organs that involve crimes, but the administrative law enforcement organs are the first responders in cases including food and drug safety or environmental law enforcement, and when they review cases only transfer those where they believe a crime is involved to the public security organs. In recent years, the procuratorate organs have launched a special supervisory action almost every year, with the point being to use the special supervisory action to increase the extent to which cases are transferred and filed, and to serve as an opening to promote the completion and perfection of balancing mechanisms between the administrative law enforcement and criminal justice.

"The 2014 special supervisory action specially requires procuratorates at all levels to strengthen screening of industries, regions and groups prone to occurrences of these two types of crimes." Wan Chun said that at the same time, procuratorates at all levels need to expand their case sources and strengthen coordination and cooperation between administrative law enforcement organs and public security organs. In regions with a high incidence or water supply pollution, polluting enterprises, or the manufacture and sale of counterfeit goods, small workshops will carry out net style screening, and increase the focus and effectiveness of efforts to stop these. "The public is also welcome to provide leads through the '12309' online reporting platform."

As to whether relevant administrators turn a deaf ear to leads reported by the public, don't look into them, or situations of them not punishing the conduct after review, Cheng Zhengyun, the deputy chief of the SPP office on crimes abusing public office, said that the basic cause of this kind of phenomena is the nonfeasance, haphazard performance or abuse for personal gain and dereliction of duty by a few staff members.

" The key focus of this special supervisory action will the public security organs failing to open a case when they should, administrative law enforcement organs failing to transfer a case when they should, and the use of administrative punishments when criminal penalties should be used." Chen Zhengyun said that the procuratorate organs will conduct key, focussed supervision of administrative punishments and administrative enforcement cases to discover the abuses of public office behind them and look into criminal cases that on the surface are crimes of polluting the environment or endangering the people's livelihood, but actually involve state personnel giving protection or involved in crimes of abuse of office.

Chen Zhengyun said that in some criminal cases in the food safety area, it is possible that because of factors such as the amount in question being too low, or the harm being too minor, a case will not be opened, not prosecuted, revoked or punishment will be excused, and that prosecutors should give warnings and have discussions as 'immunization', preventing small mistakes becoming major mistakes, small cases becoming major cases. For assessment and review of major administrative enforcement acts and bases for enforcement, move the opportunities for prevention forward and effectively prevent the dereliction of duty in areas including the food safety management.

"Through concentrating a brief period on launching a special supervisory action on case filing, creating renown in combating food and drug safety crimes and deterring criminals' arrogance, advancing strict and just law enforcement, and promoting the establishment of mechanisms for long-term cohesion between the administrative law enforcement and criminal justice." Finally, Zhang Becai said that we must make the public feel the resolution of justice sector organs in fighting crime, strengthening faith in the construction of a peaceful and beautiful China. --Beijing, February 27