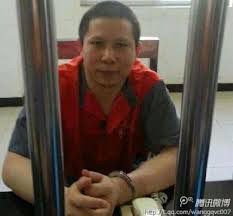 The problem with the XZY case is that the procedures are so opaque that sometimes you can’t even tell if the law is being followed. Worse, it feels like you are trying to find a fig leaf for an indecency of a trial when you comb through the laws and records trying to make sense of them.

Two issues have been criticized in the press, the question of why the case was heard by an intermediate court, and why XZY was and his co-defendants were tried separately.

On the question of why the case was tried in an intermediate court, the court’s opinion does say slightly more than many commentators have said, but you need to be a detective to start to make any sense of it.

The court opens by saying that jurisdiction was determined by the Beijing High Court and it cites a written document for that:

“In compliance with the decision on jurisdiction made by the Beijing Municipal High People’s Court in its High Court Criminal Directive No. 101 (2013), this court accepted the case on December 13, 2013.
遵照北京市高级人民法院（2013）高刑指字第101号指定管辖决定，本院于2013年12月13日立案受理”

This date is interesting because it is also the date on the indictment, which is directed to the intermediate court. It is (unless I counted wrong) also the latest date on which the indictment can be lawfully sent to the defendant if trial is to begin on the 22nd.

As mentioned previously, the Criminal Procedure Law and its various interpretations allow for intermediate courts to hear significant and complicated cases (CPL 23, SPC 14), and the SPC Interpretation seems to anticipate this happening through a lower court which has received a case asking the intermediate court to take the case (SPC 15).

However, the law also allows for controversies over jurisdiction to be submitted to a court at a higher level for resolution (CPL 26)—and this should be a court commonly above all the courts involved (SPC 17). Here, the opinion lists several involved districts as having potential jurisdiction, Haidian (under 1st intermediate), Chaoyang (3rd Intermediate), and Xicheng (2nd Intermediate). Having different intermediate courts above, they would have to go to the Beijing High court to find a common court above (SPC 17), and that court would have needed to release a written document to the involved courts (which it seems may have happened as quoted above) (SPC 19).

On the issue of handling joint crime cases together, the court tells us that the courts, cops and procurators all have discretion to make this decision within scope of their professional duties. They don’t cite authority for this, although in MPS 18(2) and SPP 12 at least, the public security organs and people’s procuratorates clearly give themselves discretion by saying that cases “may” be joined.

The court also doesn’t directly address the compelling defense argument that SPC article 13 provides that where part of certain cases is to be handled by a higher court, the entire case should be transferred with it (this seems aimed at judicial efficiency and preventing contradictory rulings). Rumor has it that the court seemed at first to be somewhat receptive to this argument at the pre-trial hearing.

One can think of arguments interpreting this clause which might justify the courts’ decision—that the “need” applies to all cases, and that it is discretionary for the court to decide when a case ‘needs’ to be joined, for example—but the court doesn’t include that sort of reasoning in the opinion, leaving a guessing game for the parties and curious public.

The bottom line, however is that the outrageousness of this trial isn’t going to be found in whether the courts technically followed the procedural laws at trial. Xu has been given four years for publicly advocating that the government implement some of its own policies, and all effort was made to discourage media coverage in domestic and international press. On this one, the devil is probably not in the details.