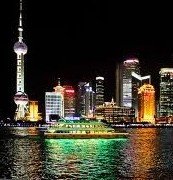 A few weeks ago it was announced that Shanghai would be one of 6 sites selected to design and implement a judicial reform project. Although the full text has remained elusive, the last few days have seen heavy discussion of the Shanghai Plan’s content, after a July 13 meeting was held in Shanghai to begin allotting resources for the project.

Even without seeing the full documents, the specificity of the procedures being revealed, the selection of multiple pilot sites for review and the paced but ambitious timetable for rolling out of implementation, indicate that these reforms are being taken very seriously and are clearly geared for making massive, lasting institutional changes. We will have to watch carefully to see how those changes play out.

The Shanghai Plan is said to contain 5 core content areas:

For the first sixth months, the reforms will only be applied in 8 organizations, before expanding to include the entire city:

Reform of judicial system (including courts and procuratorates) personnel systems is seen as a prerequisite for other judicial reforms, and as a recognition of the special character of the judiciary. These reforms are expected to take between 3-5 years before they are fully implemented.

The Shanghai pilot will implement a personnel quota system in the courts and procuratorates, breaking judicial system personnel into three distinct groups of designating a staffing ratio for each as follows:

The goal is to have 85% of staff directly involved in case handling work.

In recognition of the special nature of judicial system jobs, the retirement age is being pushed back to 60 for women and 63 for men, from 55 and 60 respectively.

Court and procuratorate leadership shall also participate directly in case handling as principle judges or procurators, and there will be a more clear designation of rights and powers between the procuratorate and courts, to ensure proper supervision and cooperation.

The adjudication committees of each court, a non-trial body which reviews decisions in some important cases and guides court work, is also being reformed. The emphasis will be on shifting from guidance in individual cases to guidance on categories of cases, legal questions and major issues in trial work. This ensures that those hearing the case are those who actually make the decision, important for both independence and responsibility.

The principle of the party supervision of officials will be followed in crafting a new judicial personnel management system for the unified management of all Shanghai judges and procurators at the provincial level. This will facilitate the implementations of a uniform system for nominations, party approval, and hiring and firing decisions at each level and is meant to increase the overall quality of official and to reduce outside interference.