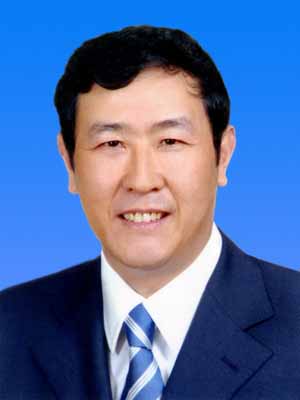 As the foundation of justice, evidence has a key role in litigation and is valued by every nation. In recent years, China's legislative and judicial organs have made unremitting efforts to improve the evidence system, promote judicial civilization, and ensure judicial fairness, with revisions to the Criminal and Civil Procedure Laws as key accomplishments. I'll take this opportunity to talk about a few points regarding innovation in evidence theory and the establishment of a criminal evidence system for everyone's consideration:

First, establishing principles of criminal evidence, establishing modern judicial concepts. Since the second world war, every countries criminal justice system has reformed towards democracy, civilization and rule of law; in evidence systems the three principles of presumption of innocence, evidence based judgments and procedural rule of law are widely pursued. It could be said that these three principles have already become the bedrock of contemporary criminal evidence or even of the entire criminal procedure system. The presumption of innocence is a fundamental principle for respecting criminal procedure rules, realizing civilized justice and implementing the human rights protections, its value is primarily manifests in three derivative rules, namely, the prosecution bearing the burden of proof, no compulsory self-incrimination, and no punishment where the case is in doubt. The principle of evidence-based judgments emphasizes that determinations of a persons' guilt or punishment must be based on evidence. The principle of rule of procedural law shows the dominance of procedures and rules, while at the same time emphasizing that procedural operations must have the rule of law as a guarantee, it's core is the limitation on that application of judicial powers, protecting the basic rights of the prosecuted. Constructing a criminal evidence system, establishing a modern conception of the judiciary and carrying out of judicial evidence activities all require adherence to the three principles above, and only with the guidance of these three principles can we achieve a convergence of evidence gathering, presentation, examination and verification; achieve an internally unified evidentiary system; establish a concept of the judiciary to match the system and make case quality that can stand up to the facts, the law and the test of time.

Second, creating close links in judicial practice, strengthening research in the study of evidence. In China, with the continuous acceleration of progress towards the establishment of a state under the rule of law, research on evidence law has flourished, and evidence has already developed into one of the 'hottest' topics in research and become a 'required course' in judicial departments, carefully followed by both legal scholars and practitioners. Objectively speaking, there has been visible progress in evidence research and no small amount of achievement in the establishment of the evidence system, but we should view the successes of our evidence research and institutional innovation soberly, particularly the remaining imperfections in application in practice, and the considerable gap when compared with the establishment of the socialist legal system. In the course of implementing the evidence law, we have confronted a great many thoughts and ideas that restrict judicial fairness and institutional obstructions that must be broken through. As we recognize the importance of research into the basic theories of evidence law there is, at the same time, a need in judicial practice to invest more energy and resources towards resolving problems, centered around improving research into the theoretical and practical problems encountered in the use of evidence, using research into evidence law to move practice forward and guide work, while also promoting the establishment of evidence law itself, and continuously injecting new vitality into the development and improvement of the evidentiary system.

Third, actively draw upon useful experiences to perfect the evidence systems. As we study and improve the evidence systems, we should have a firm footing in China's national conditions, earnestly summarizing lessons learned and exploring the establishment of an evidentiary system that meets the nation's actual requirements, and also fully review and actively learn from the successful developments of foreign evidence systems. The wealth of valuable experiences of methodologies of all the world's countries and international organizations in promoting the establishment of evidence systems, they all have great consultative value for us, regardless of whether they come from the evidence laws of common law legal systems, civil law legal systems or international treaties. During the course of advancing evidence theory and institutional innovations, we should employ a global perspective, a viewpoint of connectivity, a pragmatic approach and a spirit of innovation; follow the principles of standing firmly rooted in the present while looking ahead to the future and making moderate, incremental advances; and strive to establish a scientific, rational, pragmatic and practical evidentiary system that has Chinese characteristics and is at the forefront of international practice.

Fourth, make judicial proofs a checkpoint for the firm prevention of unjust, false and wrongly decided cases. No matter how wonderful the system and how rational the ideas, if they cannot be translated into practical action, they can never be more that hot air or empty words on a page. Unjust, false and wrongly decided cases have occurred in all places and times, and whether they were intentional or inadvertent, they were always related to the evidence system being incomplete or incompletely implemented, to bias in the conception of evidence or lax implementation of use of evidence. In criminal procedures, we should concentrate on bringing into play the functions of all four links in the judicial evidence chain: gathering, presenting, debating and verifying; strengthening mutual constraints of these links on each other on a foundation of separation of work duties and mutual coordination, ensuring defense attorney's ability to lawfully carry out their duties on a foundation of equality between the defense and prosecution, and promoting the formation of a cooperative work, joint performance of legal duties, joint prevention of unjust, false or wrongly decided cases and joint protection of judicial fairness. At the same time, we should observe that no matter how noble our ideals of rule of law are, they cannot be realized without a good social atmosphere. As jurists, and as expert scholars studying evidence law, we must join hands, and through the trial of case upon case, through the explanations of scholarly article upon article, strive to bring about the notion of presumption of innocence throughout the entire society, to make the idea of not punishing where there is doubt permeate our hearts and become the norm, and jointly uphold the bottom line of judicial fairness to create a lenient, rational social environment.

Published in Legal News and SPC