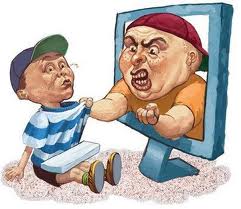 The Kids are Alright

One of the documents recently translated on CLT [thanks largely to user Allen Clayton-Greene] concerned new restrictions for online reporting of incidents of bullying, school violence, and juvenile crime.

The document was released by the State Internet Information Office in response to a recent spate of reporting that captured the public’s imagination about cases of seemingly out of control Chinese youth. A good summary of some of the recent incidents of extreme in-school violence, often by mobs of jr. high school students targeting disfavored peers, was presented by CCTV’s “News 1+1” earlier this month along with legal analysis.

Public sentiment has turned against perceived gaps in the law’s ability to effectively address crime by juveniles. In Chinese law, Children aged 13 and younger are entirely exempted from criminal prosecution, and children 14-15 years old can only be prosecuted for certain very serious offenses. While additional laws such as the Law on Prevention of Juvenile Delinquency and the Law on the Protection of Minors provide additional measures for handling juvenile misconduct, the level of intervention is generally quite low, with ‘criticism and education’ being used to address many of the recent incidents. At the same time, the offenders are seen to be getting younger and younger, and their offenses more and more serious.

Unfortunately, the new rules on containing reporting on juvenile crime and violence would have made it more difficult to find public discussion of these problems, such as the “News 1+1” article.

Special ethical considerations in reporting on juvenile offenses and misconduct are important anywhere for the same reasons criminal justice systems must treat children differently from adults. We recognize that youth are impulsive, malleable, and more susceptible to environmental influences than adults, and try to give them sufficient opportunity to change their ways. To avoid stigmatizing child offenders and victims , or causing them to face discrimination, rejection or further physical and psychological harm, we often remove identifying information from related reports.

This seemingly is the purpose of the new online reporting restrictions as well. They emphasize protecting the dignity and rights of juveniles, and call for redaction to protect their identities. At the same time, there is little attempt to balance these important interests against the media and public’s speech rights, and the right to learn of such incidents.

Going beyond the protection of individual involved minors, the document seeks to downplay and control negative coverage of juveniles more broadly; for example:

Online news providers violating such provisions might receive a talking to, warning, fine, or even revocation of news site credentials.

There is nothing surprising about media control in China, where “public opinion guidance “is a key function of state media. It does however demonstrate how even well intentioned limits on media and public discourse can have negative consequences. Where would these provisions have left coverage of sexual abuse of minors by teachers that broke 2 years ago, and resulted in new protections for minors. The rules specifically prohibit salacious reporting of corporal punishment, a recurring area for reporting, a restriction which seems to protect abusers more than their juvenile victims.

Largely positive legal reforms are ongoing in China to address issues such as the unique situation of ‘left behind’ children of migrant workers, domestic violence, sexual abuse and juvenile crime. These problems are as much social problems as legal problems, and social discourse and social awareness have been recognized as necessary parts of the solution; cutting the public out of the loop is not the answer.