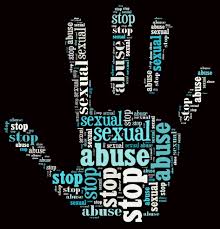 On the final day of the period for public comment on its new draft domestic violence law , China’s top three criminal justice sector agencies (the Supreme People’s Court, Supreme People’s Procuratorate, and Ministry of Public Security) joined with the Ministry of Civil Affairs to release a document on the abuse and neglect of children. As compared to the domestic violence law, relatively little coverage was given to the release of this binding Opinion, but it may provide the foundation for a more comprehensive and integrated child protection and welfare system that has long been needed in China.

Deciding when the state should intervene in families for the protection of children is never an easy task, and there are unique challenges in China, which prides itself on cultural respect for family, is dominated by single-child families, and has a population that places little faith in the legal system. Should parents of the aPSPRoximately 1 in 10 children ‘left-behind’ when both parents leave to find work in other parts (millions of whom are left with no adult guardian at all), for example, be viewed as having abandoned their children so as to require forfeiture of their parental rights? Should parents of school-aged children be seen as having failed to perform their guardianship duties if the child leaves school and home to look for opportunities in larger cities and commits crimes there?

While the new “Opinion on Several Issues in Handling Guardians’ Infringements of Minors’ Rights and Interests in Accordance with Law” (the “Opinion”) is only one piece of this difficult balance of social and legal interests, it lays out the most comprehensive substantive and procedural rules on guardianship rights and duties to date. It begins to describe when children should be taken from their parents’ custody and what roles different organizations should play in that process. Below is a brief walk-through of the new rules.

The main points of interest are:

Scope of the Law

The Opinion addresses violations of children’s rights by their guardians, which includes three broad categories:

As termination of parental rights is a civil proceeding that is often incident to the investigation of a crime or administrative violation by the guardian abuser, it necessarily requires coordination between civil and criminal justice authorities. The findings of the law enforcement investigation will inform guardianship hearings, even though a violation is not a requirement for either temporary placement of a child or removal of parental rights. At the same time, police forces may be required to enforce protection orders and modified care arrangements.

In attempting to maximize care and protection for children, the Opinion also includes an even broader range of relevant actors. Schools, legal resources, social services and social organizations such as the communist youth league and women’s federations are encouraged to mobilize for awareness and prevention work, to provide information on individual cases, and to offer counseling and education resources for both victims and guardians under investigation. The mention of ‘social forces’ at several points throughout the Opinon as potential service providers suggests that even private and non-profit organizations might be involved in performing some of this work.

While it is admirable to try and fully understand the circumstances of the child and offender through consultation with all groups that might be in-the-know, there is little consideration of the privacy of those involved, who may not even have been accused of a crime. Inclusion of more perspectives also means sharing information with more people, and the Opinion has only minimal mention of confidentiality. Unfortunately, the stigma of being both a perpetrator and victim of child abuse remain severe, and if the rules on investigating all reports are vigorously enforced, this could become a real issue.

While it is the courts that retain the right to remove or assign guardianship, the CAPIs are entrusted to investigate and evaluate children’s living situations and coordinate consultation among all relevant organizations that will inform the courts’ decisions.

CAPIs are also fallback ‘temporary guardians’ when children are removed from their home in emergency situations such as when the police find a child already severely injured or unattended and facing serious risk. This temporary guardianship will ‘usually be less than one year’ and may involve placement in a foster family, residential school or other setting. Like other potential temporary guardians (family, villager or resident committees etc.), CAPIs are also empowered to apply to a court for revocation of guardianship rights, and are required to do so where grounds exist.

Police must immediately dispatch officers to investigate reports of violations by guardians. The child’s other guardians should be called to be present at the investigation, and if unavailable, another concerned person such as a relative, school official, child welfare organization representative or specialized social worker should be notified to participate.

Police responding to reports of abuse or neglect who find children at serious risk of injury, are already injured, or are dangerously unattended, are directed to remove them and escort them for temporary care with other guardians, family members, village committees, resident’s committees or to a CAPI.

While CAPI’s are available as a fallback caretaker, they may relinquish care of the child to non-suspect guardians or immediate family remembers when requested. Care may also be relinquished to more distant family members and close friends of the family on the approval of the local resident committee or of either parent’s workplace. This seemingly anachronistic reliance on the parents’ workplaces is a reference to longstanding legislative rules on the order of succession for guardians in the General Rules of Civil Law, article 16; which give parents workplaces’ and resident committees a prominent role in selecting guardians.

CAPIs are also responsible for consulting with schools, the minors’ family, local resident or village committees and other groups to appraise the situation, including the guardians’ willingness to reform, and must not return a child until a conclusion is reached. If it is determined that there is no longer an emergency situation meriting removal, the child shall be returned to their guardian. If it appears there are grounds for revocation of parental rights, they shall apply to a court to begin revocation proceedings.

The General Rules of Civil Law have long provided that, upon application, courts could revoke the qualifications of guardians who fail to perform their duties or violate the lawful rights and interests of their wards, but no specifics were given for the procedure or consequences of such a revocation.

The Opinion adds some clarity by saying that an application for revocation should usually come from a child’s temporary caretaker, but that other interested parteis may also apply. Interested parties and entities that may apply include:

Procuratorates are not among the groups that may apply, but are required to inform temporary caretakers, and the minors themselves, of their right to apply for termination of guardianship. Where a procuratorate finds that grounds for revocation exist and that no application has yet been filed, the procuratorate will make a formal recommendation to the civil affairs department to file an application.

The applicant should provide evidence of the grounds, including the investigation report of the child’s situation prepared by the CAPI.

Not all violations within the scope of the opinion merit revocation of a guardian’s qualifications, but courts may rule to do so where:

The courts ruling shall be made within 1 month.

If guardianship credentials are revoked, the courts generally follow the existing rules for contested guardianship from the pre-existing General Rules of Civil Law to assign guardianship. If no aPSPRopriate individual or entity is available to serve as guardian, the child will become a ward of a civil affairs department to be raised by child welfare organizations. The child may be placed up for adoption once there is no further opportunity for the original guardians to recover their guardianship rights.

Parents, but not other guardians, who have had their guardianship qualifications removed remain responsible for financial support of the minors, and for costs incurred as a result of their violations, and relevant parties may sue to recover such expenses. This same is not expressly stated for expenses incurred by temporary caretakers, before a parent’s rights are revoked, except in the case of medical expenses resulting from the abuse or neglect, but it is likely parents are responsible for these as well.

In revoking guardianship qualifications, the court shall inform former guardian that they may apply to have their qualifications restored after three months, but not later than one year. Absent extraordinary circumstances, restoration is not available where

As in that draft law, the protections are linked to court proceedings but can be given on application substantially before or after that hearing. In the context of the Opinion, temporary caretakers are able to apply for a PSPR before or during proceedings on guardianship, and new guardians and the minors may also apply for one up to six months after a revocation of guardianship. Courts receiving an application before or during the hearing must reach a decision within 48 hours, although no time is specified for post-revocation applications, and there is opportunity for a single reconsideration if rejecting the court decision.

PSPRs are enforced by police, and the Opinion offers proposed content tailored specifically to protecting minors, such as:

(1) prohibiting the subject of the ruling from violently harming or threatening the minor or their temporary caretakers;

(2) prohibiting the subject of the ruling from following, harassing, or having contact with the minor or their temporary caretakers;

(3) Ordering the subject of the ruling to move out of the minors’ residence.

(4) other measures to protect the personal safety of the minor and their temporary caretakers.

The duration of the order is not specified in the Opinion, but, the draft Domestic Violence Law allows that they might last as long as 6 months.

Published in Civil and Criminal Law