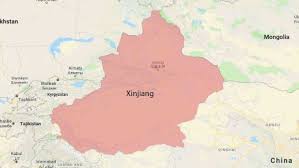 XJ Education Centers Exist, but does their legal basis?

In Yesterday’s session of the UN Committee on Elimination of Racial Discrimination, China denied the existence of re-education centers in Xinjiang – but also confirmed them.

This was accomplished with a deft bit of linguistic gamesmanship. The representative denied the existence of ‘zaijiaoyuzhongxin’ [再教育中心][i], a phrase that literally means ‘re-education centers’ and would necessarily be translated as such, but which is not a common phrase in Chinese. More importantly, it is not the name of the well-documented detention facilities that have raised international concern about Xinjiang. Those are usually called ‘education and transformation’ (教育转化) centers, or ‘Vocational and Technical Education Training’ centers, etc.

Indeed, shortly after saying there are no ‘re-education centers’, the speaker did address the ‘Vocational and Technical Education Training Centers’. After explaining that criminals are given a trial and then punished, he said that offenders whose violations are minor receive education in these training centers.

This isn’t the end of the story, however, but where things begin to get interesting. This appears to be an admission that some citizens are in fact being held in ‘education centers’, and the legal basis for this is far from straight forward.

In China, violations of law that might be minor crimes in other legal systems are often considered non-criminal, administrative violations. Penalties for such violations, including up to 15 days detention, can be given directly by the police without a court trial. The Counter-terrorism Law and its implementation measures for Xinjiang address the appropriate punishments for both crimes and administrative violations.

The Counter-terrorism Law authorizes between 10-15 days detention, along with a 10,000 fine, for minor illegal conduct that doesn’t rise to the level of a ‘crime’.[ii] This includes knowingly hiding terrorists, driving away people of other religions and ethnicities, inciting people to deface currency or identity documents, and so forth. The Xinjiang Implementation regulations expand this list to include possession of various ‘extremist’ material and even encouraging minors to participate in religious activities, and more.[iii] When this legal authority was first released, 10-15 days imprisonment for some of this conduct sounded excessive, but confronted with allegations of indefinite educational detention, such a cap would be welcome.

In addition to specifying when detention is appropriate, various forms of education are mentioned in the relevant legal authority. The phrase used by the Chinese representatives yesterday, ‘Aid and Education’ (帮教), can often be translated as ‘mentoring’, and is commonly used in the context of juvenile justice, indicating an attempt to counsel delinquents back on the right path. The Counter-terrorism Law calls for public security organs to organize a wide range of non-law enforcement groups, including schools, families, workplaces to provide this kind of mentorship to low level offenders, or those who were coerced or lured into participating in terrorist activities.[iv] The Xinjiang implementation rules include additional non-justice sector groups as potential mentors, and suggest that they might also provide legal education. [v]

As discussed above, the law is quite direct in saying when administrative detention is called for, and there is no mention of detention in the discussion of corrective mentoring for minor offenses. Even for more serious offenders, who were given court ordered criminal punishments, education is mentioned only as something to be carried out during their sentence, not as additional grounds for detention. The Xinjiang Regulation on De-extremification similarly use ‘education’ as the lowest form of punishment, for situations not even meriting administrative punishments, but it would defy logic to read this as authorizing longer detention than the 15 days maximum authorized for the more serious violations.[vi]

The exception to this rule is ‘educational placement’ [安置教育]. [vii] Educational placement is one of the Counter-terrorism Law’s most troubling features, and does provide for potentially indefinite detention. Its application is limited, however, to those who are sentenced by a court to a prison term for a terrorism crime, have served that sentence, and the court has then found that they are still too dangerous to release. It is possible that some of the new prison-like educational centers are intended for those in educational-placement, but their size would then suggest that such placements were the norm following criminal sentences.

Given the lack of transparency in Xinjiang, this can all only raise more questions than it answers. If China is truly confident in the necessity and legality of its security measures in Xinjiang, as suggested at yesterday’s hearing, it should quickly provide accurate data on conditions in Xinjiang and give a detailed explanation of the domestic legal basis for its actions. If there are no violations of rights or arbitrary detention involved, independent experts should be given access to review detention conditions and oversight procedures.

[Update: This conversation is continued HERE to reflect the amendment of some key regulations]