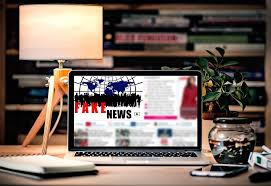 Last week, Chinese and international media were filled with coverage of horrific allegations of abuse at a Beijing area kindergarten. There was video of children being fed medicine, talk of mysterious injections, and indications of large scale sexual abuse. Yesterday, the police gave a preliminary report [full translation]  saying that most of the allegations had been found false and that those who had spread them were either repenting or in custody, including a news anchor.

Regardless of what actually happened, the kindergarten scandal is revealing that the government is right about one thing – Despite a monopoly on information, Chinese society is facing a credibility crisis. The public is ready to believe that their preschool teachers are harming their children, that parents are faking child abuse, and that the police are willing to lie just to cover up an unpleasant story and maintain stability.

With contradictory information flying in all directions, nobody knows who to trust. Despite draconian controls on speech and rumor spreading, China seems no less mired in the ‘post-truth era’.  China has been taking increasingly strong measures to address false information online for some time, but censorship and even punishment of rumormongers, seems to heighten suspicion rather than reduce it.

China has also been working to develop a social credit system, which will enlist big data and technology to help people quantify the reputation of businesses and individuals they connect with- but will anyone put faith in that system over any other official statement? Nearly ubiquitous surveillance equipment seems to offer more objective evidence of suspected misconduct, but in this case, the school’s internal security footage was damaged.

The charges that have come out of the kindergarten case so far are as follows:

This refers to article 260-1 of the PRC Criminal Law, and is punishable by up to three years imprisonment. If the school itself is found to have committed the offense, the branch managers may also be liable, along with Liu, but this does not seem to be the case. There are of course other charges which could apply if further allegations are substantiated, and I will update as needed.