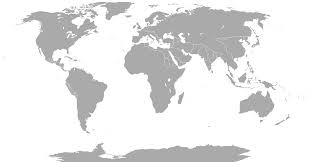 On July 9, China began a campaign to interrogate, detain and criminally charge a large number of lawyers, their staffs and allies. Most of the alleged misconduct involves sensationalizing cases they were involved with, which were often controversial civil rights cases. CLT translated a media infographic explaining the case HERE and Chinese media also included English-language articles providing more detail such as this Global Times article.

Many criminal lawyers report that there have been some improvements for defense lawyers’ exercise of basic practice rights in China, such as the ability to meet with clients and access case materials, since the passage of the revised Criminal Procedure Law in 2012. The Supreme People’s Procuratorate even issued a document meant to ensure that lawyers were not prevented from performing their defense functions and exercising practice rights.

Yet, increased control of the legal profession, particularly of lawyers seen to be rocking the boat both inside and outside the courtroom,  has been building for some time in China. Shortly before the crackdown began, China released a new draft of its amendment 9 to the Criminal Law, which attracted much attention for articles criminalizing disruptions of the court, seen as directly targeting lawyers. Previously, leaked drafts of disciplinary codes, and codes of conduct for lawyers, also took a hard line on aggressive defense tactics and out of court behavior, although with substantially less serious consequences. [See “Don’t Say Anything at all”].

While it is normal to place some limits on lawyers professional conduct, and to empower courts with the ability to maintain order, the use of criminal measures has drawn much international attention. The new wave of highly publicized detentions of lawyers, seems to indicate a new and harsher strategy for regulating lawyers, and the international community has been vocal in responding. The map below links to a number of public responses to the crackdown [Government or International Political Bodies are in Red]