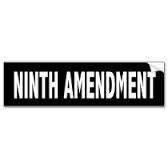 It’s a crime, I tell ya: Major Changes in China’s Criminal Law Amendment 9

Principle changes made in the PRC’s Criminal Law Amendment #9 to take effect on November 1, 2015.

Crimes of Gaming the System

Abolished the death penalty for 9 offenses:

The 2011 “Criminal Law Amendment #8” had removed 13 offenses, and it was anticipated that additional non-violent offenses would be gradually removed in future amendments. The amendment reduces to 46 the number of offenses for which the death penalty may be applied in China.

Chinese law death sentence with two-year suspension allows offenders to avoid execution if they can complete a two year probationary period, usually in prison, without committing additional intentional crimes. After the two year period, the death sentence is commuted to a life sentence, and may later be commuted further to a term of years.

The Amendment slightly modifies this formulation making it even less likely that a person given a suspended death sentence will actually be executed. The law now holds that for capital punishment to be enforced in such cases, prisoners must commit an intentional and heinous crime during the probationary period. If they commit a crime that does not call for their immediate execution, the clock will only reset on their 2-year suspended sentence.

Life without parole for corrupt officials

Punishments for corruption are now graded with corruption being divided into 3 flexible categories based on the amount embezzled being “larger” “huge” or “especially huge”, and other factors influencing the ‘seriousness’ of the offense. Moreover, life without parole is now available for the most serious offenders.

Officials sentenced to death with a two year suspended sentence would usually have their sentence commuted to a life sentence at the completion of a two year period in which no additional offenses were committed, and then further reduction to a term of years was possible. Under the new amendment, a court giving a suspended death sentence in these cases, may concurrently hold that following commutation to a life sentence, the corrupt official is not eligible for parole or further commutation.

A substantial expansion of enumerated terrorist offenses is contained in the Amendment, largely incorporating a previous joint interpretation on terrorist and extremist offenses into the Criminal Law. Some of these provisions are troubling both because of their harsh penalties for crimes increasingly distant from actual violent acts of terror, and their tendency to conflate religious extremism with violent terrorism. With no clear and objective definition of extremism it is easy to imagine these provisions becoming a vehicle for religious intolerance.

In addition to the previously existing crimes of leading, organizing or participating in a terrorist organization, to which financial penalties have been added, it is now a crime to:

No avoiding criminal responsibility for those who purchase children, women [15, CL 241]

Previously in China, the crime of indecency/molestation, like that of rape, was restricted to female victims. This meant that perpetrators of sexual abuse or violence against males were charged only with assaults, ignoring the special harm of such crimes. Now, the crime of indecency has been reworded to make it gender neutral.

Punishment is generally up to 5 years, but the law now allows that the penalty may exceed this where there are any heinous circumstances, previously only allowed where the offense was in public or committed by a group.

This offense had been added to the criminal law in 1997, prior to which all sex between adults and girls not yet 14 years old was treated as rape. The minimum penalty for this offense was actually higher than that for rape, but while rape is punishable by death in China, this offense carried a maximum punishment of 15 years. Over time, the offense came to be viewed as a shield for statutory rapists, where arguing that sex was voluntary and transactional could help them avoid the most serious penalties.

There has always been something of a contradiction in the law of this offense. Statutory rape laws prohibit all sex with underage persons on the premise that the minor lacks capacity to consent to sex. The ‘patronizing child prostitutes’ offense, however, presupposed that the underage party had capacity both to consent to sex and to enter into a contract for it. Not only did this protect the offender, but it also placed blame and stigma on the child victim, exacerbating the original injury and discouraging reporting. Following abolition of this offense, the proper charge for sex with underage girls will again be rape.

Punishment of guardians and caretakers who abuse their charges [19, CL 260]

Those who abuse their power over vulnerable persons that they have a duty to protect or look after will receive harsh punishments. This includes abuse of juveniles, the elderly, the ill, and disabled.

Punishments of up to 3 years.

Rather than create a new offense of assaulting a police officer, violent attacks on police are now to be treated as an aggravated form of the crime of impeding public officials performing their duties. This charge has previously been used in such cases, but this is the first time that the law specifically calls for it and clarifies that heavier punishments should be given.

Police face a heightened risk of assault compared to other officials, and the law appropriately increases punishments to deter offenders and protect officers. At the same time, to ensure that this shield doesn’t become a weapon, the heightened penalties only extends to violent attacks on police currently and lawfully performing their duties.

Punishment: up to 3 years.

The previously existing crime of gathering crowds to disrupt social order was expanded to include serious disruptions of social order that prevent medical practice from proceeding.

Hospitals in China regularly suffer attacks by patients unhappy with the costs or quality of treatment. While these attacks may be by a lone disgruntled individual, they may also be the result of ‘malpractice mobs’ groups of protesters recruited or hired by a putative victim of malpractice in order to extort compensation. Amendment of this charge to specifically include disruptions of medical practice is meant to taper this phenomenon and signal to police that action should be taken in these situations.

Punishment: Between 3-7 years for principle offenders, and up to 3 years for others

The amendment has controversially added “insulting, defaming or threatening judicial personnel or litigation participants” as conduct that might constitute this offense when serious. This was widely seen as a move targeting ‘die hard’ rights attorneys , many of whom were detained or questioned earlier this year, and who have been criticized for using inappropriate tactics to enflame sensitive cases and disrupt order, undermining the authority of the courts.

A broader catch-all phrase, present in an earlier draft, criminalizing any ‘other conduct disrupting courtroom order’ was modified in response to concerns voiced during a comment period. While still open ended, the provision now gives specific examples of serious misconduct- including destruction of evidence- to show the level of offense required before criminal punishments become proper.

Punishment up to 3 years

Crimes of Gaming the System

In line with China’s ongoing battle against corruption, the Criminal law reforms have expanded enforcement against the party giving bribes. A number of provisions seek to make greasing the wheels less profitable:

New provisions have been added to stop perceived abuse of the courts, punishing those who file civil litigation based on concocted facts, either seriously disrupting judicial order or seriously encroaching on the rights of others.

Punishment up to 3 years

China’s laws provide for a number of State examinations required to advance in education or obtain professional certifications. An elaborate industry of cheating has developed around the tests, and the new amendment has now made such cheating a crime. Organizing cheating, providing the means of cheating, or providing test questions or answers to others is now punishable by up to three years imprisonment and up to 7 years if the situation is serious.

One of the most daring forms of cheating has been recruiting a testing double to take the tests on one’s behalf—and the amendment now also makes it a crime both to serve as a testing double, or to let someone take a test for you punishable by short term detention or controlled release.

Further criminalizing spreading rumors on the Internet or Media [32, 391-1]

While previous releases from the courts and procuratorate have interpreted the Criminal Law as authorizing criminal punishments for release of any false information that disturbs the public order online, the new provisions are actually more limited. The amendment targets the spread of false information on threats to public security such as epidemics and disasters, punishing false reports by up to 3 years, or 7 years where serious consequences result. Previously available punishments under article 293 for spreading false information about anything that disrupted public order were up to 5 years imprisonment, or up to 10 years if it seriously disrupted public order.

The crime of unlawful sale or provision of citizen’s personal information was expanded to include all possible actors rather than limited to state personnel and persons working in certain protected industries. The amendment also clarified that where the information was acquired illegally, or was acquired in the course of performing professional duties, the sentence will be more severe. Protection of citizens’ personal information was the focus of a joint Criminal Law interpretation in 2014 and features prominently in the revised Consumer Protection Law as well.

Punishable by up to 3 years, or up to 7 if serious.

A new provision has been added for network service providers’ failure to perform their network security obligations resulting in serious consequences. The offense requires that an online service provider have already been told to make corrections to comply with security requirements, but have failed to do so, causing large amounts illegal information to be released , user information leaked, criminal evidence to be destroyed or other serious situations. The punishment can be up to 3 years.

Knowingly providing technical or material support to online criminals has itself been criminalized. Where internet access, server space, web storage, or communications services are provided knowing that they will be used in perpetrating a crime; it may be punished by up to three years. Similarly providing material help such as placing advertisements or bill payment – knowing it is facilitating a crime- can constitute this offence. The punishment can be up to 3 years.

Spreading Criminal Information [29, CL 287-1]
Using networks to teach or facilitate criminal behavior has also become a separate offense. The new provisions prohibit release of information on the sale or production of controlled items, spreading of criminal methods, or the creation of websites or mail lists for these purposes.

The Criminal law offense of ‘disrupting order of wireless communications’ has been expanded with harsher penalties. This changes are said to be primarily aimed at the criminal hacking technique of setting up a fake wireless access point to collect user data. The law authorizes punishments of up to 3 years, but as high as seven years when serious.