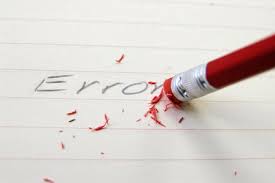 Rape of Men is (Still) Not a Crime in China

The 9th Amendment to China’s Criminal Law, released months ago on August 28 of this year, finally took effect on November 1. I put out a discussion of the major reforms HERE.

While it’s great to see that the media has begun to cover some of the important reforms now that they are in effect, they don’t always get the story right. Don Clarke tried to clarify some of the misreporting on provisions criminalizing cheating on state tests, but there are other problematic stories as well. For example, one headline （variants of which have appeared in several places including the ‘Shanghaist‘, ‘Shanghai Daily‘ and Daily Pakistan） says “Male rape now a crime after law revision”. [UPDATE: The source of the misinformation seems to be this China Daily article]

First, it should be said that “rape” of a man was already punishable in China although not as the crime of rape (强奸罪).

The crime of ‘rape’, found in article 236 of the revised Chinese Criminal Law only applies to female victims and was in no way amended by the revisions. The lesser crime of forcible indecency (article 237), which can include sexual assaults and violations, also previously only allowed for female victims and children, but has now been modified to be gender neutral. Saying rape is not a crime may seem like a matter of semantics, as the conduct is in fact criminalized even if not called rape, but the crime of rape is punishable by death, while the indecency charge is usually punishable by only up to five years jail time.

The main texts of the recent news items linked to above seem more cautious than their headlines, and use the phrase ‘sexual assault’ rather than rape, but they are critically wrong on the question of sentencing. These articles all report that the indecency offense carries a ‘minimum sentence of five years in prison’. Unfortunately, this is just wrong. The revised text actually reads:

“以暴力、胁迫或者其他方法强制猥亵他人或者侮辱妇女的，处五年以下有期徒刑或者拘役。” Those using violence, coercion or other methods to act indecently against others or insult women are sentenced to imprisonment of up to five years or short-term detention.

The minimum sentence is actually “拘役” or short-term detention lasting between 1-6 months. Additional revisions do make it possible for higher punishments of 5 years and up where the circumstances were ‘heinous’, which was previously only possible where the crime was committed in public or by a group.

It is also misleading to suggest that China previously ignored sexual attacks on men entirely. Many of the pieces even mention an old case where a male security guard sexually attacked his younger male coworker. While the indecency charge and rape charges were unavailable, the offender was still prosecuted for ordinary assault （intentional infliction of harm） which is punishable by up to three years imprisonment.

The amendments do make some progress in recognizing that the unique harms of sexual attacks can be inflicted on victims of any gender, but they preserve ‘rape’ as a special violation that can only happen to women, and still punish it much more severely. It is unclear why non-consensual sex would be seen as the more serious crime when forced on a woman rather than a man– is it based on a notion that men actually suffer less from being raped , that women are somehow more damaged or ‘defiled’ by the act? A better route would be to consider the degree of harm and offender culpability in each individual case rather than legislating assumptions about gender roles.